Clustering charts are used to group a set of data point in such a way that objects in the same group (called a cluster) are more similar to each other than to those in other groups (clusters). It is a main task of exploratory data mining, and a common technique for statistical data analysis. A Clustering chart displays a two dimensions set of data (XY values) where each point in the chart is assigned a group (cluster). Points belonging to the same group typically have the same marker (color or style).

Cluster analysis itself is not one specific algorithm, but the general task to be solved. It can be achieved by various algorithms that differ significantly in their notion of what constitutes a cluster and how to efficiently find them. Popular notions of clusters include groups with small distances among the cluster members, dense areas of the data space, intervals or particular statistical distributions. More information about the clustering algorithm available in Grapheme (and Nexus) can be found here:

To create a Cluster Chart within Grapheme, click on 2D Charts → Cluster from the toolbar of the Chart Explorer. Assign a name to the data series, select the Source Table and the View of the table containing the desired data sets. Select which columns should be used to define the X and Y axes and the column of the table containing the clustering analysis data. User can create a Cluster Column directly from the Cluster Chart wizard by choosing the input columns and the clustering algorithm. 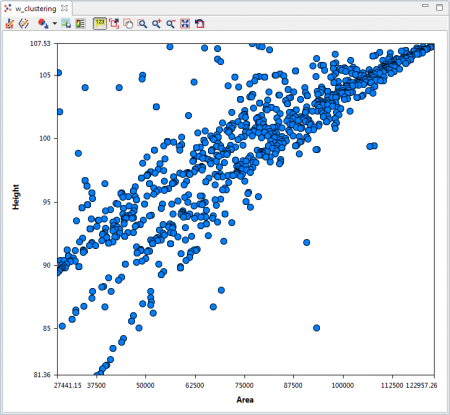 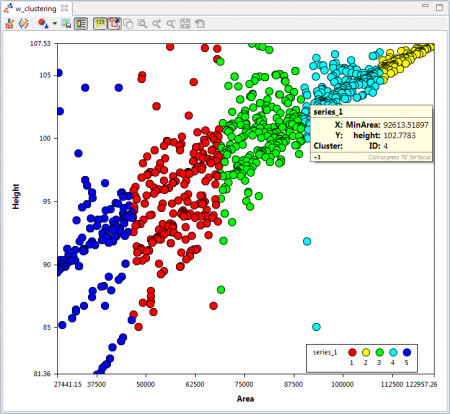