Scatter charts often are used for small or medium data sets where a sorting criterion can be defined on the first independent variable. Line charts are often used in correlation to regression curves and trendlines.

As an example, a line chart can be used to display the performances of an engine in terms Engine Torque varying its Rounds per Minute. 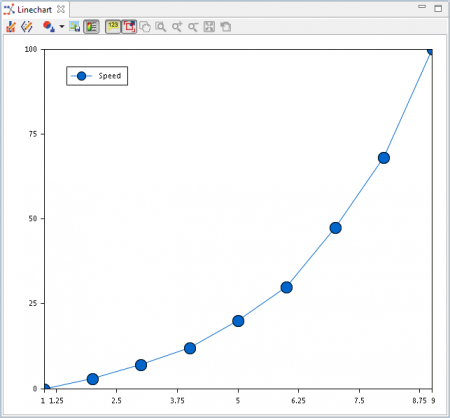