A Parallel Coordinates Chart is a common way of visualizing high-dimensional multivariate data. A Parallel Coordinates Chart shows a set of points in an n-dimensional space via a backdrop of n parallel lines, typically vertical and equally spaced representing a plot dimension each. A point is thus represented as a polyline with vertices on the parallel axes where the position of the vertex on the i-th axis corresponds to the i-th coordinate of the point.

To create a Parallel Coordinates Chart within Grapheme, click on 2D Charts → Parallel from the toolbar of the Chart Explorer. Select the Source Table and the View of the table containing the desired data sets. Select which columns should be used to define the parallel coordinates chart Intensity. Move to the Aspect tab of the wizard to add and/or remove table columns. 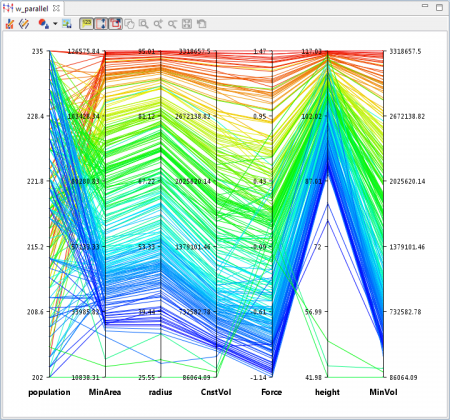 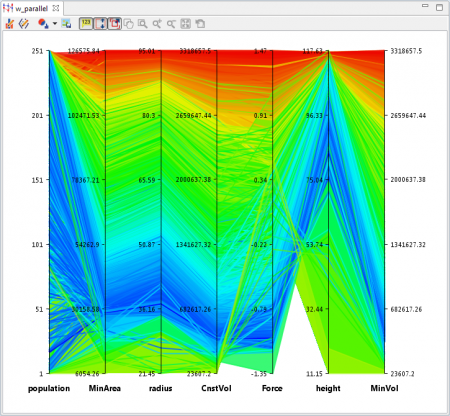